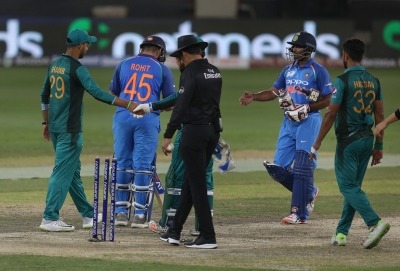 As reported by Pakistani Media, India and Pakistan could play a short T20 bilateral cricket series this year.

This might come on the heels of a unilateral ceasefire by both nations along the Line of Control (LoC) last month.

If this series happens it would be the first bilateral exchange between the two nations in over 8 years.

The last bilateral between the 2 countries was played in 2012- 2013 when Pakistan Cricket Team visited India for a short ODI and T20 series.

As per a report in the Pakistani Jang newspaper, Pakistan Cricket Board (PCB) official said that the PCB had been asked to “be ready” for a series with India.

PCB officials also said there has been no direct discussion with India but there are indications and they have been told to be ready for such a series.

However, no one from India has said anything about the series.

Novak Djokovic, World’s No. 1 tennis player would not be able to defend his Australian Open crown this year after the Australian Immigration Minister,...
Read more
Sport

Spirit of ’83’: Ranveer Singh wishes Kapil Dev on his birthday

The hackers are back at exploiting the pandemic to conduct more attacks, according to a report. For the last few weeks due to the...
Read more

Security Tightened in Chennai with 6800 police for Republic Day

A five-tier security net ahead of the Republic Day celebrations in arranged but Chennai Police with around 6800 police personnel being deployed to ensure...
Read more
Load more