Akshay excited to see how Manushi makes a mark in Bollywood 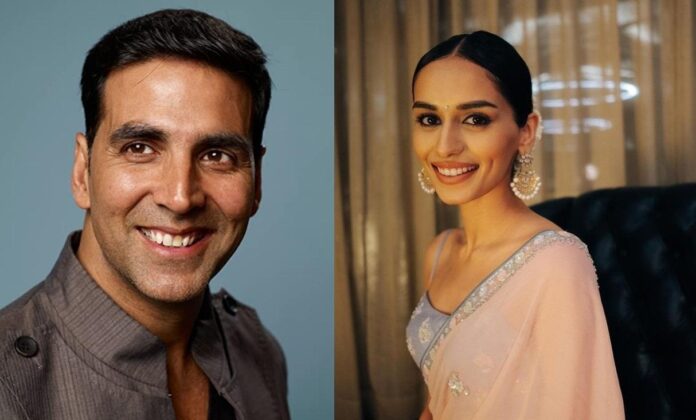 Bollywood actor Akshay Kumar has lots praises on his co-actor Manushi Chhillar. The actor is excited to see how the “effortless” newcomer makes a mark in the Bollywood.

Akshay said: “Manushi is undoubtedly a talent to watch out for. Despite Prithviraj being her first movie, she was so effortless, so inquisitive and so dedicated that she won the entire team’s heart.”

Manushi plays the character of his princess Sanyogita in the movie.

He further said: “Our director Dr. Chandraprakash Dwivedi has found the perfect Sanyogita because Manushi through her grace and her life values instilled by her parents, embodies the spirit of Indian women who are beautiful inside out.”

“I’m really excited to see how Manushi makes a mark in our Hindi film industry, and I expect them to welcome her with open arms. I’m really proud to be introducing her as Princess Sanyogita.”

‘Prithviraj’ is based on the life and valour of the Samrat Prithviraj Chauhan. Akshay is essaying the role of the warrior who fought valiantly against the merciless invader Muhammad of Ghor.

Produced by Yash Raj Films, ‘Prithviraj’ is directed by Dr. Chandraprakash Dwivedi. The film will be released worldwide on 21st January 2022.

Bollywood actress Kangana Ranaut’s car was stopped and surrounded by protesting farmers in Punjab's Kiratpur Sahib town on Friday, demanding an apology from her...
Read more

In a diplomatic setback to the Taliban, the permanent representative of the democratically elected government of Afghanistan Ghulam Isaczai has received a temporary reprieve...
Read more