The US to keep pressure on Al Qaeda & IS in Afghanistan 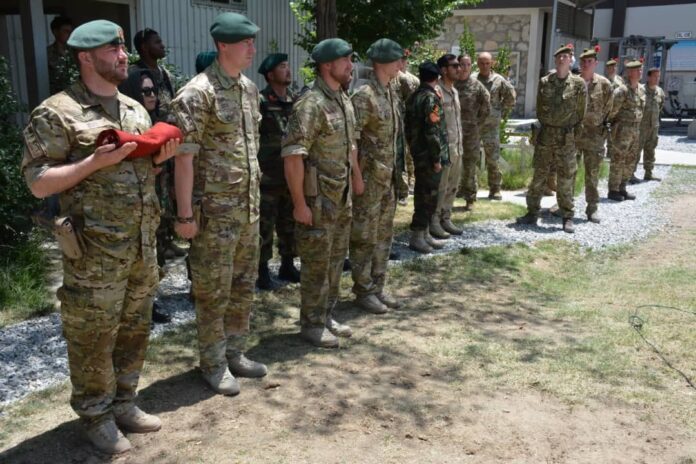 Kenneth McKenzie, the Commander of the US Central Command said, the US will seek to “keep the pressure” on the Islamic State (IS) and Al Qaeda terror groups in Afghanistan.

He further said, “We will seek to “keep the pressure” on the Islamic State (IS) and Al Qaeda terror groups in Afghanistan”

He added, “That is a task I’ve been given. Those are plans I’m in discussion with now with the Secretary of Defense. How we will do that, I’ve said before, that will be a very difficult thing to do.”

Regarding a recent UN report warning that the Taliban appeared poised to take back control of Afghanistan, McKenzie said: “We still intend to support the Afghan military from just over the horizon. We’re still going to support them with funding.

“We’re going to try very hard to support the Afghan air force over the horizon; some things will come out of the country to be worked on.

“I don’t want to minimize this, because I think they’re going to be tested, but we will continue to support them, just not in the way we are supporting them now.”

Asked if the US would provide any combat support to Afghan forces if major cities such as Kabul were at risk of being overrun, McKenzie said: “Those are actually policy decisions, not military decisions. Right now what we’re planning to do after we withdraw is keep pressure on Al Qaeda and IS, and that would be what we’d be doing, going back into Afghanistan.”

The top US official’s remarks come as the Taliban have intensified attacks on provincial capitals, districts, bases, and checkpoints since the official withdrawal of the US and other NATO troops in Afghanistan on 1st May.

At least 15 districts have fallen to the Taliban since 1st May which leads to the displacement of tens of thousands of Afghans.

According to a UN report, the Taliban were able to capture 5 districts in the past year, 4 of which were recaptured by the government within several days.

The withdrawal of international troops is due to be completed by 11th September.

Afghanistan President Ashraf Ghani has asked the Taliban whether they want foreign fighters like Lashkar-e-Taiba, Jaish-e-Mohammad, and Al-Qaeda to turn Afghanistan into a battleground...
Read more
World

Antibody levels remain high 9 months after infection from SARS-CoV-2, the virus that causes Covid-19, whether symptomatic or asymptomatic, researchers have found in the...
Read more

Afghanistan's Ministry of Foreign Affairs has welcomed the recent Human Rights Watch and other verified independent sources' report on documenting the Taliban's violence and...
Read more

Actor Sidharth Malhotra, who is portraying Kargil war hero Captain Vikram Batra (PVC) in the upcoming film 'Shershaah', says that it was not only...
Read more