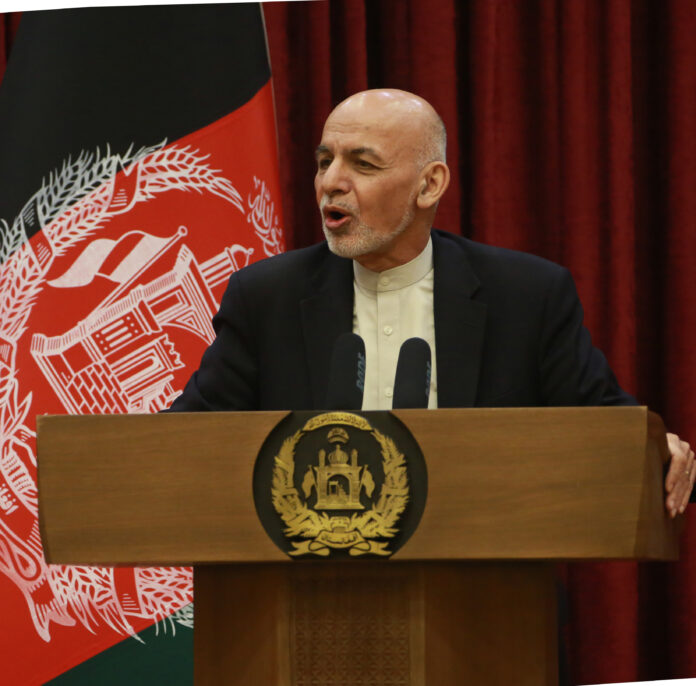 Afghanistan President Ashraf Ghani has asked the Taliban whether they want foreign fighters like Lashkar-e-Taiba, Jaish-e-Mohammad, and Al-Qaeda to turn Afghanistan into a battleground for “foreign terrorists”.

He said that Afghan people do not know what the Taliban has promised to these groups, but they would not allow their country to become a battleground for terrorist groups.

Ghani said that the Taliban are not committed to peace, and hinted at a new plan to change the situation, saying political interference in the security sector was behind the fall of some areas.

After offering Eid prayers at the Presidential palace, Ghani paid tributes to the security forces, saying they have rendered great sacrifices and this year’s Eid is named “Soldier’s Eid”.

Ghani, referring to the visit of a delegation led by Abdullah Abdullah, head of the National Reconciliation Council, to Doha and two days of talks with Taliban representatives there, said the government sent the delegation to Qatar to try for peace.

As per the report, he accused the Taliban of having no intention of making peace.

“If you are Afghans, come and unite within the framework of Afghanism. Do you have a positive message for the people of Afghanistan, especially women,” he asked, as per the report.

Ghani said the Afghan government had released 5,000 Taliban prisoners, but most of them went to the battlefield.

“It was a mistake to release 5,000 prisoners because the Taliban have not yet started peace talks,” he said.

According to the President, the nation should now ask the Taliban why they are destroying facilities, conducting kangaroo trials, and planting bombs, the report said.

Ghani said the Taliban have destroyed 260 public buildings and if they are true Afghans, they should stop destroying public property and not damage people’s homes.

But Ghani said: “The fall of some areas was not a deal and the names of those who have made the deal will be challenged hundreds of years later.”

As per the report, Ghani said the handover of areas by security forces to the armed opposition was an insult to the “sacred uniform” and that he, as the commander of the armed forces, did not accept that politicians should interfere in the security sector.

There was further to the high position meeting of leaders of the Pakistan Muslim League-Nawaz (PML-N) in London than met the eye, informed sources...
Read more
World

After saying that he's putting$ 44 billion Twitter deal on hold till he gets to know how numerous fake or spam accounts are present...
Read more
World

Amid war in Ukraine, ways of ensuring food security discussed

Ministers and high- position representatives from across Europe and Central Asia met on Wednesday at the FAO Regional Conference for Europe (ERC33) to bandy...
Read more

Call it mama of all data security breaches as the Irish Council for Civil Liberties (ICCL) on Monday revealed that Google and other internet...
Read more

There was further to the high position meeting of leaders of the Pakistan Muslim League-Nawaz (PML-N) in London than met the eye, informed sources...
Read more
Load more