8 people killed in shooting at the US FedEx facility 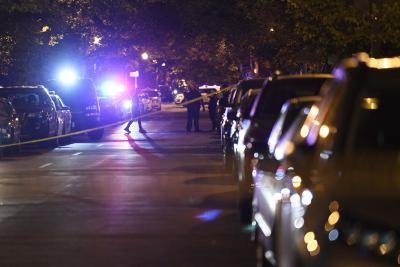 At least 8 people got killed during a shooting incident that took place at a FedEx facility located in the city of Indianapolis, the US. Apart from those killed many got injured. Among those who got injured attest one person is in critical condition by 3 a.m. (local time) on Friday.

According to Genae Cook, the Indianapolis Metropolitan Police Department Spokesperson, An unknown number of people went to local hospitals with injuries. But there was no law enforcement officers were among the wounded.

Cook further said 8 people got killed in and around the FedEx facility near the Indianapolis International Airport.

After the incident the shooter took his own life.

According to the Gun Violence Archive, this is the 4th mass shooting in Indianapolis this year.

This FedEx hub employs more than 4,500 people and is the 2nd largest facility in the FedEx’s global network.

Uganda on alert as Ebola recurs in neighbouring country

Uganda's Ministry of Health said in Kampala it is on alert after the deadly Ebola broke out in neighbouring Democratic Republic of Congo (DRC).Health...
Read more
World

‘Most Eligible Bachelor’: Pooja Hegde ‘singled’ out for praise by filmmakers

Pooja Hegde, who now waiting for the theatrical release of her upcoming movie, 'Most Eligible Bachelor', is getting praise from south Indian filmmakers for...
Read more

Uganda on alert as Ebola recurs in neighbouring country

Uganda's Ministry of Health said in Kampala it is on alert after the deadly Ebola broke out in neighbouring Democratic Republic of Congo (DRC).Health...
Read more

The Sri Lankan government will launch urgent investigations into claims of illegal shark fishing in Trincomalee.A local organisation, the Pearl Protectors, said in a...
Read more

Indian streaming service SonyLIV will be launched in Canada on Friday the 15th of October with the web tv show 'Tabbar'.According to Variety, the...
Read more
Load more